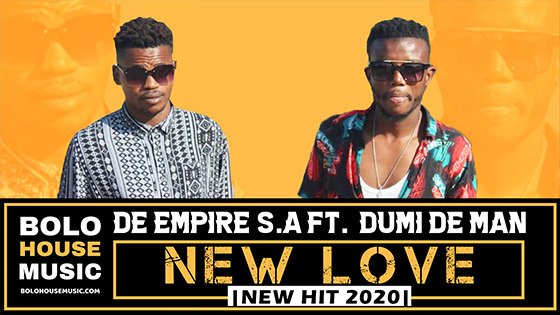 De Empire SA is a duo that consists of DJ One Boy and Lizzer Boy The Guitarist. New Love is a song full of joy and excitement. In this song, Dumi De Man raises the fact that he wants to feel new love and he wants a woman who is financially stable. Earlier this year they dropped a hit song titled Xalandzelela Juwele which is still dominating the dance scene.