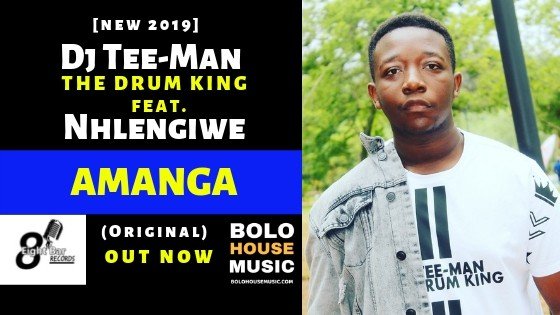 Dj Tee-Man – Amanga ft Hlengiwe is finally out to the masses and the fans are enjoying it. Amanga has been a new fans sensation that is proved the number of views on youtube.

Tshireletso moloto known as Dj TeeMan “The Drum King” is a Tzaneen born DJ. He is a producer, songwriter, and deejay

The Bolobedu based released his first song called mayellow bone in 2016 and his second song in 2017 called uthanda mablesser Dj TeeMan got his fame with this two songs and he then decided to release an album in 2018.

Dj TeeMan’s album went viral around Tzaneen and got him recognition from the newly formed label called 8 Bar Records.

Then this year 2019 he shocked his fans with another hit called Amanga.

Dj TeeMan the Drum King is now under a record label called 8 bar records and he’s doing so well.