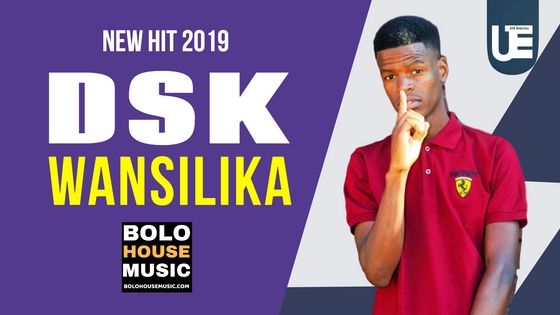 DSK – Wansilika is finally our and making waves on social media platforms. We now witness the rise of a Hip-Hop rapper South African has been waiting to see. His new song Wansilika is growing in popularity from Mpumalanga to all the corners of the country.

DSK style of music won many hearts of Mpumalanga residence. In fact, He started recording his first demo in his home studio. This demo caught the attention of The Local Radio Stations around His Place. DSK is a teenager. DSK is known by his famous song Gwara Gwara which is known nationwide.

He was signed under Unlimited Triumph Entertainment from the 15th of August 2017 to December 2018. DSK he has been awarded at the Golden Stars Awards for his song Gwara Gwara as the most popular song of the year 2017, and since he does two genres he was also awarded as the best van Rapp artist of the year 2017, all the awards were received in one night.

In 2018 he was nominated for the best dance of the year 2018 at South African Upcoming Music Awards. DSK has shared a stage with artists like General Muzka, Sjava, Sho Majozi just to name few and he was also booked at such events like Phangweni Vibes Music Festival, Thulamahashe Spring Fiesta just to mention few. He just released his 1st single with UTE Digital which is entitled Wansilika.