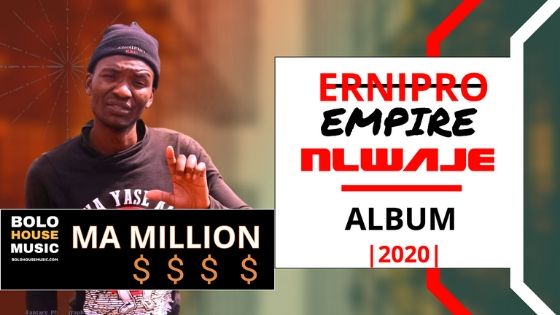 Ernipro Empire – Ma Million. Ernipro drops an exciting a brand new tune taken from his album tagged ma million. Ma million is a song about a man who scored a deal that gave him more money.

Now people in his township are calling him a millionaire. Moreover, Ma million is another track taken from the album Nlwaje. In addition, Bolo House Music is the biggest South African free online music promotion website.

Also, check out more songs by Ernipro Empire to download below: