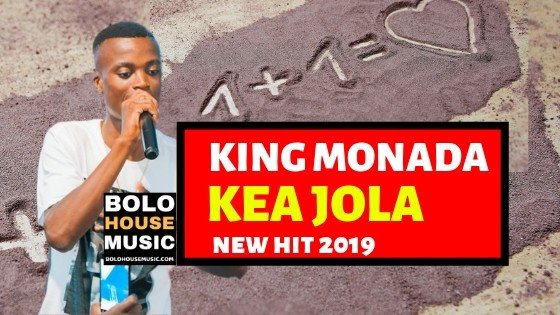 King Monada – Kea Jola is finally out and has got many people talking. The king of Limpopo is not showing any signs to stop dropping music in 2019. In the eve of 2019, he promised his fans new music and he seems to be living up to his words.

Kea Jola by King Monada is another song which tells a story about a man who has waited for a long time to start dating. He seems to have come to a realization that his time to date is running out. As a result, he makes a promise to himself that this year he will make sure he finds someone to love or date.

King Monada is known for his songs that brings a clear message that builds many people. It is very clear, given by the masses of support he gained because of his music. Many people are asking for his latest single that is still to come called Balance. It is very clear that the fans will not stop calling for King Monada Balance to be released.

Earlier this month, King Monada published a new song called Mpheni Dilo Txaka. However, the fans still called for Balance to released. This seems to be a common trademark for King Monada to withhold some of his hit songs and let his fans beg for it.

King Monada – Kea Jola came as a surprise to the fans since it didn’t follow the norm. He usually records live videos of his new music before he releases them. However, he seems to have changed the pattern when coming to Kea Jola. It still remains a mystery to know when King Monada might release Balance. Moreover, the fans continue to rage for it even more.