Top songs & tracks by King Monada that you should know

We hope to simplify the process for all the fans by putting down the best  King Monada  Songs in 2018 and 2019. Moreover, it will make it easier for you to find his music on our website.

King Monada – No Ties ft. Tshego. The song features King Monada, who is impressive in every song. In fact, Listen to the collaboration between the two rated vocalist below. Moreover, Khutso has recently signed with Chymamusique to mix and master his songs. Audio 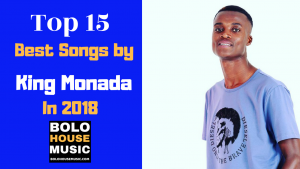 It is the dawn of a new year where the fans expect new music from all their favorite artists. Khutso Steven Monada is set to begin on a high note after releasing “Motho Kadi Bag“. The fans have responded with high praises for their King of Bolobedu House Music.

After the community outburst about the rightful winner of the SABC summer song of the year awards. it seems like Khutso is not remotely affected. We have seen him back in the studio and happy as he ever was in 2018. We strongly believe it was that strength that leads him to release one of the most trending songs in the country to date

It is no surprise to see the fans responding positively to King Monada’s latest music. This guy has dominated the music industry for three years in a row. Now he has released another song that can be attached to a trend. Therefore, the fans took it upon themselves to record videos of themselves caring bags, you can watch the videos of the challenge here.

Malwedhe has had its own videos for the change and it was featured in our 15 Best Songs by King Monada in 2018. Besides, we believe “Motho KaDi Bag” is also on its way to becoming one of the best songs of all time by Khutso.

The year 2017 was also a year of success for Khutso Steven Monada. Some of the most dominating songs of 2017 are still relevant to this day. He has swept away many awards already with his 2017 hit song Chiwana and Wa Nnyaka.

Amongst these songs, Wa Nnyaka got so much recognition from the fans, therefore, a music video was also created. King Monada Wa Nnyaka music video is currently doing very well on youtube and it has been featured on trace and channel O tv shows. 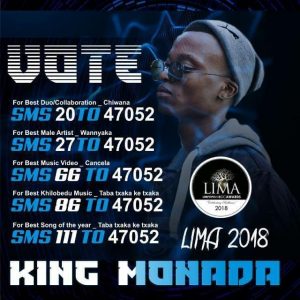 What to expect from King Monada Songs in 2019

Many have been talking but nobody really knows what is in the plans of the maestro Monada in 2019. We can tell you now that you are going to love it. nevertheless, Khutso Steven promised to release a minimum of 100 songs in 2019. This is a high target even for the King of Limpopo.

The question still remains if he will be able to deliver all the songs that he promised. However, It is not a question anyone can answer right away but the year will reveal it on the way.