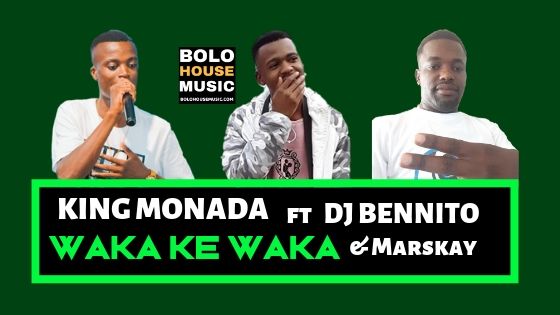 King Monada – Waka Ke Waka ft Dj Bennito. Another massive single from the king of the bolobedu house. South Africa is yet to see and hear the talent of King Monada. His recent song called Waka Ke Waka featuring Dj Bennito and Marskay is a testimony to his talent.

He promised to bring down a hail of songs in 2019. Moreover, he kept his word and he lives by it. Recently he dropped his singles called Kea Jola and Pelo Ya Baba. While everyone has been on his case about being married to two women. King Monada is leaving no stone unturned in crushing his enemies with new songs.

The song paints a short story about a man who is willing to fight to protect his woman. He stands his ground to cement his statement in the song King Monada Waka Ke Waka ft Dj Bennito.