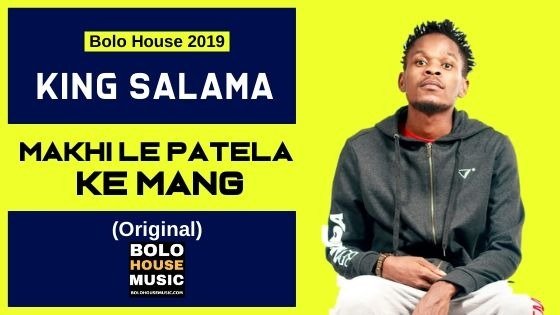 Makhi Le Patela Ke Mang follows after a discovery that his neighbor has been badmouthing and saying a lot of rumors about him. In this song, he talks about how a busybody she is and wonder who pays her. This is one musical bliss that will mesmerize the mind and soul for a magical experience.

It is with no doubt that King Salama has made a mark in the music industry, earning a couple of collaboration with top artists including the likes of King Monada, Villager SA, and also scooping an award at the LIMA music awards. Bolo House Music is the biggest South African free online music promotion website.

Continue Reading
You may also like...
Related Topics:King Salama