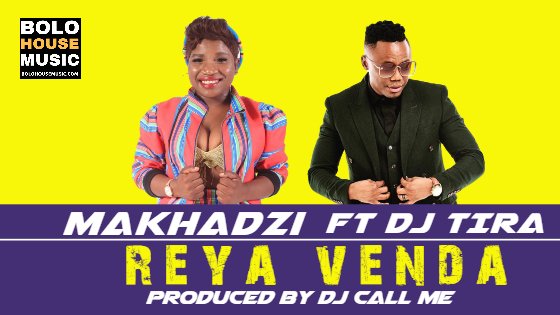 Makhadzi Reya Venda ft Dj Tira produced by Dj Call Me. The hitmaker of Haka Matorokisi is back again. In fact, her new song Reya Venda features the amazing Dj Tira. It is not been long since releasing the most trending song in South Africa call Matorokisi. Bolo House Music is the biggest South African free online music promotion website.

Reya Venda talks about the difference in lifestyle in Venda and Kwa Zulu Natal. in fact, she makes it clear that partying in Venda requires no fancy clothes. while its the opposite in KZN where outings are about how you look. She says let us go to Venda and have fun since there are no strings attached when partying. In conclusion, she says the bottom line is we all going get drunk.

The queen of Limpopo recently featured King Monada on a new song called Ngaka. Before that, she had a beautiful feature with Master KG on a song called Tshikwana. Now, she joins forces with DJ Call Me and DJ Tira to release  Riya or Riya Venda. Moreover, there are rumors that her new album will be dropping the end of October 2019 Listen to Makhadzi’s song Reya Venda featuring Dj Tira and produced by DJ Call Me below.