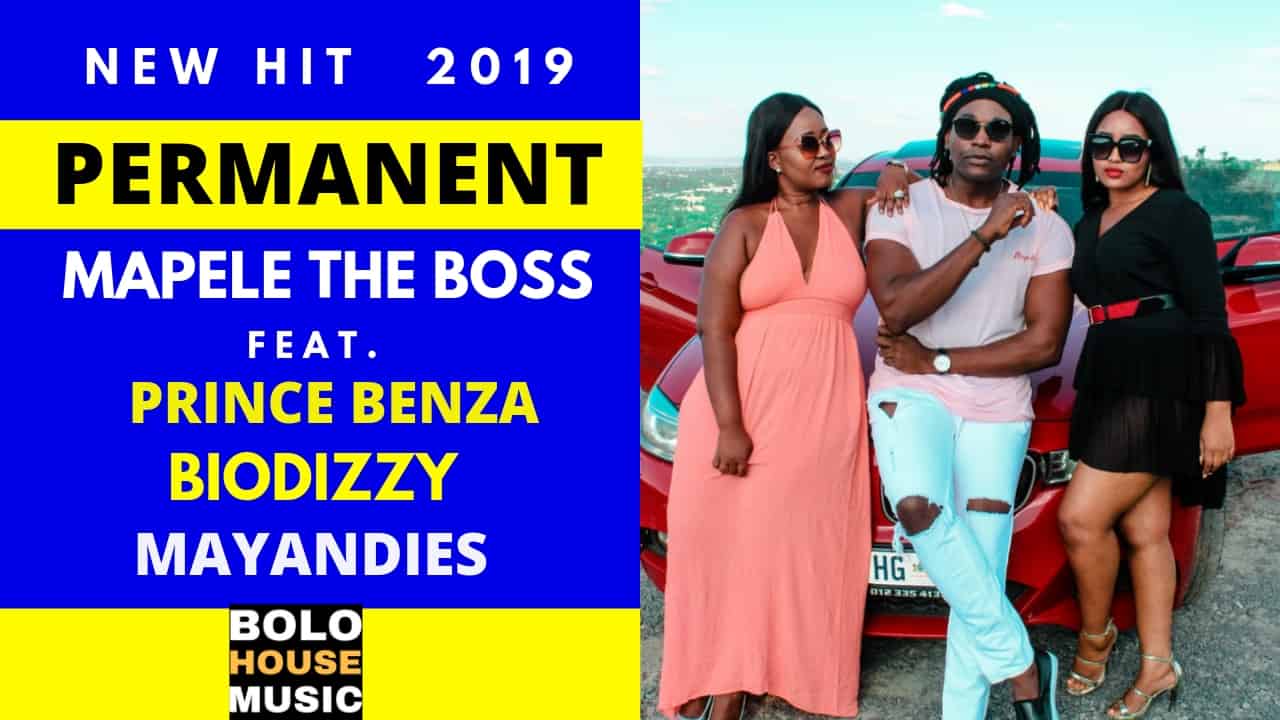 Mapele The Boss – Permanent is finally out after long anticipation by the fans. The year 2019 showers us with more song from Mapele The Boss. He features the greatest talents of bolobedu.

On the latest single called Permanent, Mapele The Boss collaborated with the talented Prince Benza, Biodizzy and Mayandies. Collectively they have forged a classic tune that will last in the mind of the fans for decades.

Mapele The Boss – Permanent is painting the situation of a man who has two women in his life. He is explaining to his wife that she is permanent and the other woman is just temporary. Prince Benza is quoted saying “He loves one woman more and the other is for the weekend only”.

Many people can relate to the message brought by the song Permanent. In many cases, men find themselves married and also having affairs with another woman. This song does not justify the morality of the situation but it does bring the subject for debate.

Get a free mp3 download of Mapele The Boss – Permanent at bolo house music and enjoy the talent of Limpopo stars.