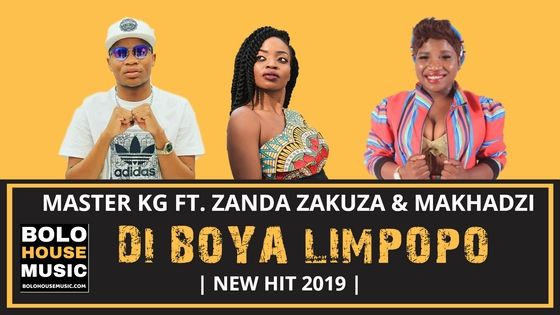 Master KG takes the first verse of the record and later introduces the two female vocalists to add flavor to the rest of the song. We rate this joint highly and believe the fans will enjoy it. The inspiration for the song might be sparked by the dominance of Limpopo music in South Africa. In the past three years, Limpopo has made its mark in the music industry.

Unlike many songs of Khaogelo, The song has not been in the pipeline. However, it can as a surprise to the fans a few days before the release date. Di Boya Limpopo features amazing singers like Zanda Zakuza and Makhadzi who recently dropped the smash hit Matorokisi.