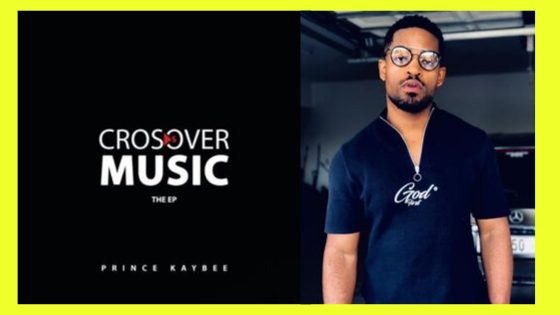 This song begins with a mix electronic dance and afro house feel combined together. After the first minute of listening, he brings his signature bass and our favorite grand piano from Gugulethu. The energy, feel and tempo of Imbokodo is similar to his previous album. Moreover, One can also notice the cultural feel in the vocals of Minnie that has a tribal vibe in them and contemporary piano with electronic percussions.

Verdict: Overall this is great song by the Prince of Afro House.

Indlovukazi continues to impress, given her strong and powerful cultural feel vocals. Prince is very famous in spotting such a talent. Monasi reminds us of the album Better Days. The Bass and Electronic Piano smooth flow coupled with a little bit of Saxophone. In fact, the elements that make Monasi different is the electronic backgrounds, vocals, and the percussions used. Therefore in our opinion, Prince Kaybee did not deviate far from his signature in this song.

Verdict: Overall, this is another impressive hit and we hope the fans will also enjoy it as we do.

The original Gugulethu will always remain a classic. However, it is very nice to have a good variation of the song to honor its popularity. In this regard, Prince hit us with a surprise by featuring AKA, Afro Brothers & Supta on this masterpiece. The fans have been waiting for the release of Crossover EP only because AKA was in it.

Besides featuring famous and big artists in the country, Gugulethu remix maintained the same instrument as the original. In fact, this remix was approached differently from the remix of club controller.

Verdict: Overall the remix delivered the flavor intended and I believe many will gradually fall in love with it.

Ndimlo featuring Nhlanhla Nciza is a mix of Afro-Pop and Afro-House. In fact, the harmony between these genres is amazing. The instrumental of Ndimlo follows an electronic feel, how it is supported by Prince Kaybee’s signature Piano and Bass. One would notice the synthesizer that supports the vocals on the verse and nice Grand Piano on the chorus background.

The song also has good elements used by black coffee and Heavy K at the same time. As a result, we crown this song as our favorite and most likely to find favor in the eyes of fans. Moreover, we applaud Nhlanhla Nciza for her beautiful vocals. Truly she has a bright future ahead of her, especially in the genre of house.

Verdict: Overall Ndimlo is a certified hit or song that we will cherish for many years. Thus, another great work by Prince Kaybee.

However, we are not saying it’s a bad song, it is simply a different direction from other projects of Prince Kaybee. This is likely to the crossover he is talking about.  While it’s not what we are used to, the song is likely to succeed on a global scale. Therefore, it’s a smart move by the Prince.

Verdict: Overall this is a great mix of culture and the song will be great for the lovers of electronic dance music.

Phumula featuring Thulz is a mix of tribal and Afro-house. The drumline of this amazing banger follows the style of Prince with and electronic touch. However, the vocals of Thulz gives this song a tribal feel that slows down the rhythm. In addition, one can notice the guitar layer that flows in harmony with the vocals. The song is peaceful in nature and it is suited for Sunday session when the aim is not to sweat.

Verdict: Overall this song falls in it category of contemporary tribal and we believe many will fall in love with it. Another Job well done by Prince.

Sondela featuring Ngasi is another amazing and strictly electronic song. A unique dance song that has two and a half minutes build-up. In fact, we believe many people likely skip this song due to the long introduction. However, they are also to come back to it after they hear what they are missing in this jam.  Sondela by Ngasi has a mix of electronic and afro house music.

We strongly believe this is the experiment, Prince was testing. He is targeting to be a trendsetter of new music should the experiment succeed. This is a completely different direction, feel and rhythm from other songs by Prince Kaybee but the combination of these genres is truly amazing. We give the Prince 10/10 for attempting such a bold move. Indeed only he can pull this off.

Verdict: We believe Sondela is a great hit in its new category of the genre. However, many might write it off because it’s a new thing.

Living On This Love featuring Zhao reminds us of Lady Zama, Love Is Blind feel. If you didn’t know, you might assume the song was produced by Black Coffee. However, we are not surprised because he is the role model of Prince Kaybee.  This is also falling in the category of electronic music with a touch of Afro-house elements. The vocals of the talented Zhao transforms Living On This Love to a different dimension and rhythm indeed.

Verdict: Living on this love is a beautiful electronic dance song. Many fans of Electro music will love it. This kind of song is likely to do well outside of South Africa. The Edited version is just as good as the original.

Verdict : We are vouching for Ndimlo for the best song on the EP Or Album.

This is an edited version of the original Ndimlo. There is a good reason why this song has two versions. We believe this Ndimlo song is the highlight or main song that supports the whole EP. The Edited version is just as good as the original. On this one Nciza is given a chance to shine or showcase her vocals capability.

Verdict: We are vouching for Ndimlo for the best song on the EP Or Album.

All the songs on this EP are amazing in their own way. This is a South African Electronic music combined with Afro-House. In fact, this genre might be the future of our house music in 2020. Prince Kaybee should be praised for his courage to bring us new and fresh music without fear of critics. Songs to look out for is Ndimlo ft Nhlanhla Nciza.

Bolo House Music is the biggest South African free online music promotion website. in addition, we help artists with google SEO and online marketing or digital marketing campaigns. Talk to us to get all the information about our Products.