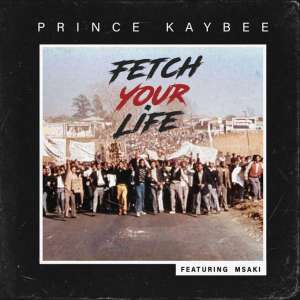 Prince Kaybee – Fetch Your Life is finally out. Fetch Youth Life has already created movement before the album is released. He featured the amazing Msaki from East London.

The song received so much favor on YouTube and the views keeps swelling everyday. Fetch Your Life brings out a message that has touched the souls of many South Africa.

The fans are burning out of desire to get album released sooner. It is clear that Prince Kaybee is planning to take over 2019 by storm. Fetch Your Life has  created so much movement and talk on the social media. In addition, many feel like Prince should have released it this song in December when they had the money to spend.