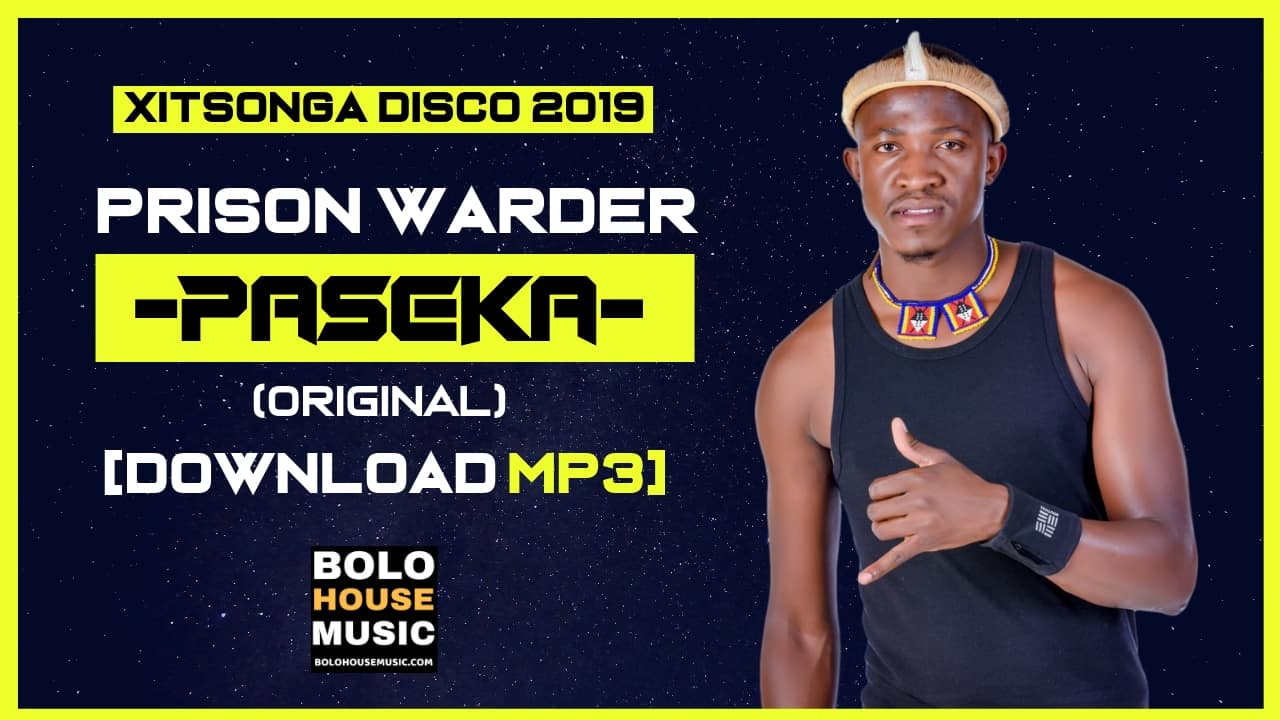 Prison Warder – Paseka is out now. I started to follow music while I was at school (Xanthia High school) in 2009, I used to sing Siqathamiya music at that time.

In 2010 I created my own Group of Isiqathamiya and named it ‘TITAKWAPANA Group’ with the likes of Thapelo Excellent Mashale (Dj Tabz), Isaac Ndubane (Dj Soller), Nkateko Mathe (N’wero).

All the crowd of Xanthia was getting crazy when seeing me performing live, they started to give a nickname of’ Prison Warder ‘meaning that I’m their Governor of traditional music. Prison (supporters) warder (Governor)

In 2018 one of my friend Tshembo Mkhonto (Commander Muzka) advises me to sing Disco music because I was also a fan of Peter Teanet and General Muzka (Chris Mkhonto) his father. Actually, we used to focus on how to be a good author and singer of Disco music by listening to all Disco artists.

In 2019 I released a single song ‘Byala I Murhi ft Vuyelwa’ UTE Digital also played an important role in promoting the single track. Catch my songs in any online stores