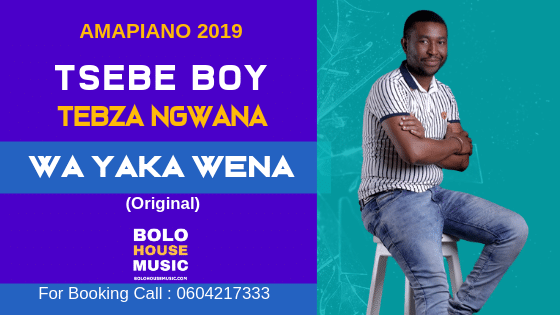 Tsebe Boy and Tebza Ngwana – Wa Yaka Wena. The popularity of Amapiano genre is bringing new talent in the industry. In fact, Wa Yaka Wena is a new song produced by the duo.

After dropping on of the biggest hit in his career Tshwaranyana, Samuel Tebogo Boshomane aka Tebza Ngwana teamed up with Thapelo Matlhangu known as Tsebe boy to Bacardi music fans.

Moreover, the duo followed the stream of Amapiano and released few tracks under their belt. Even without a recording deal, the duo is still looking at entertaining their fans with good quality music.